That's not my dinosaur!

After a thorough analysis of our children's interests, we decided to make 'That's not my dinosaur!' our first big experience of the year. 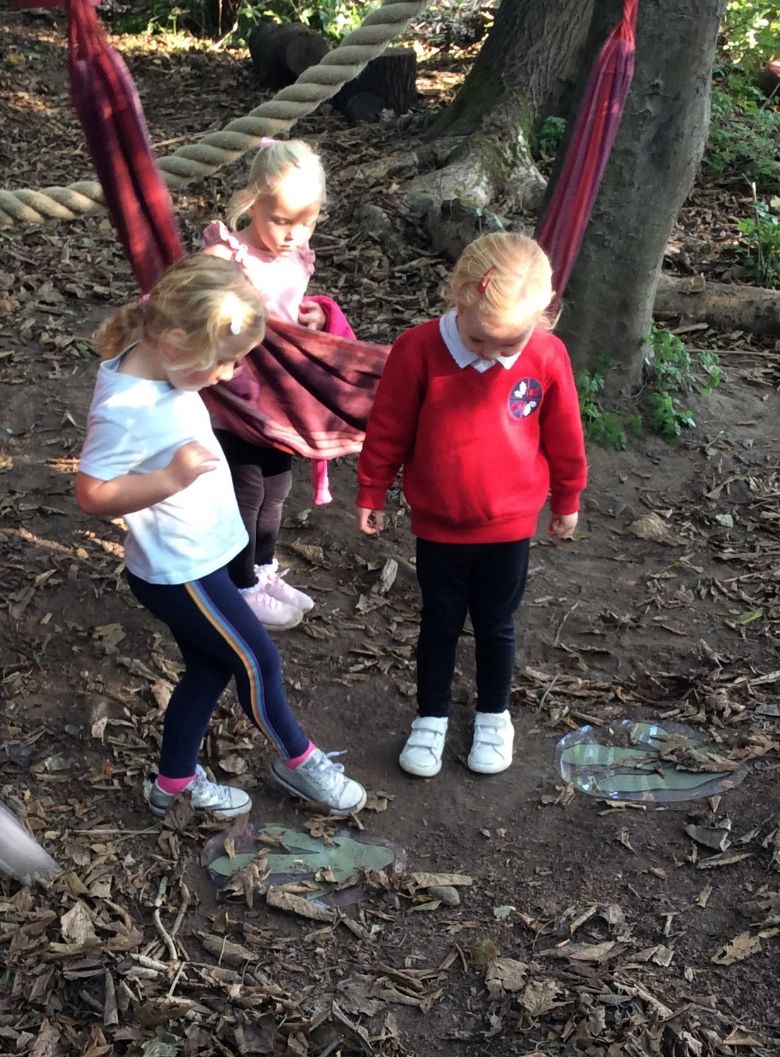 We went to forest school one day just to discover that we had some visitors overnight that had left some strange footprints everywhere! There were big ones, small ones, medium ones... We thought it might have been the Gruffalo but, in the end, we all decided it had been Dinosaurs!

We wanted to know more immediately! 'Who' were these 'dinosaurs'? How big they were? What did they eat? Where did they live? 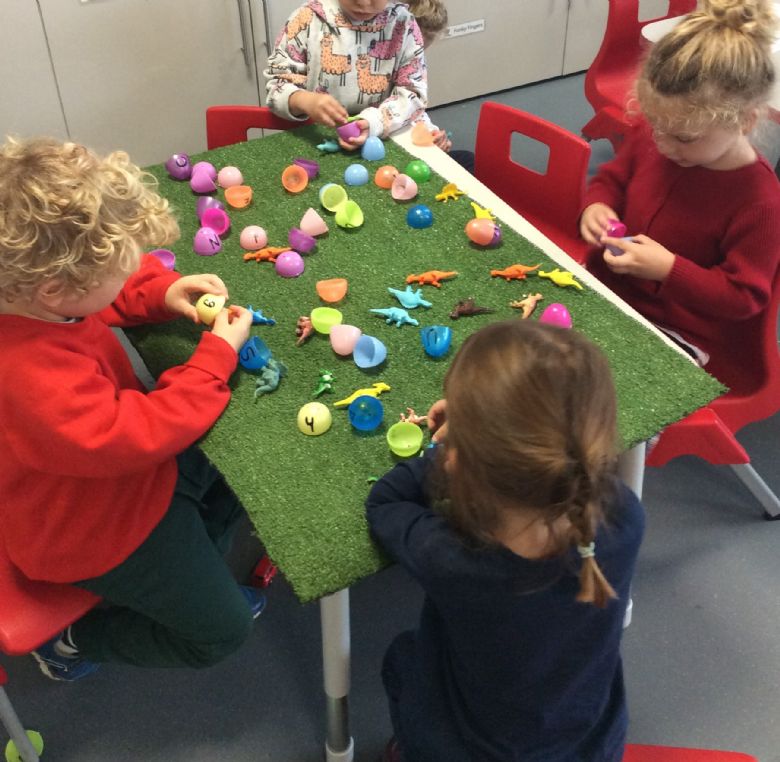 We practised our fine motor skills learning that dinosaurs came from eggs, indeed! We also tried to match the colours from both parts of the egg while looking at the sounds that there were written there. 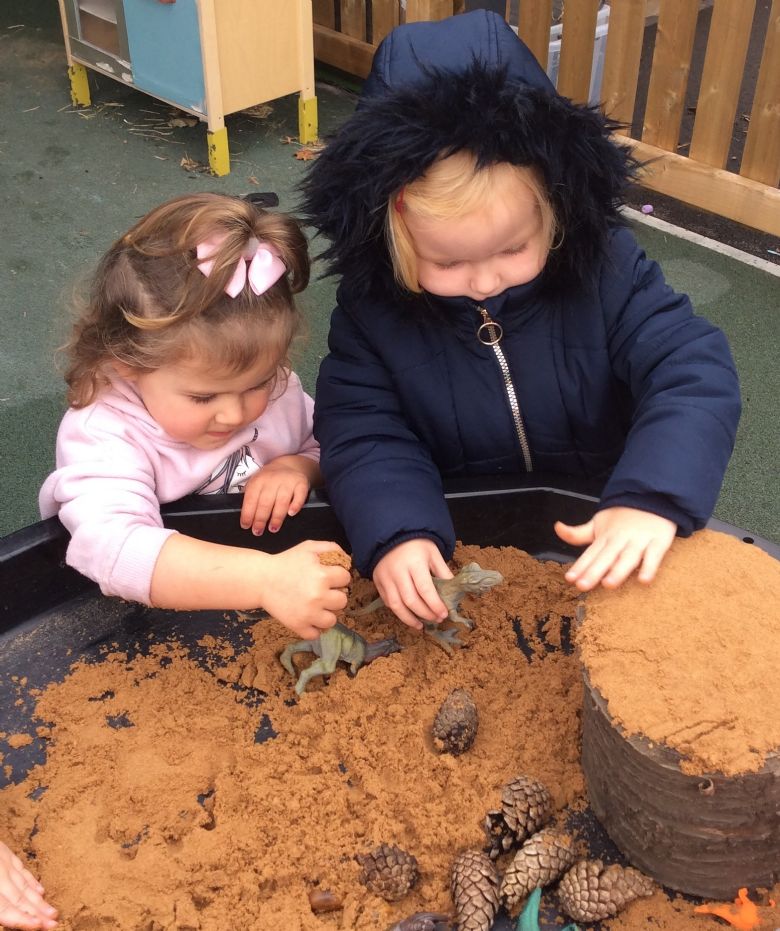 We played in the dinosaur swamp, making up our own stories about dinosaurs, rescuing them from the mud, making houses from them... even using brushes and digging their fossils out! 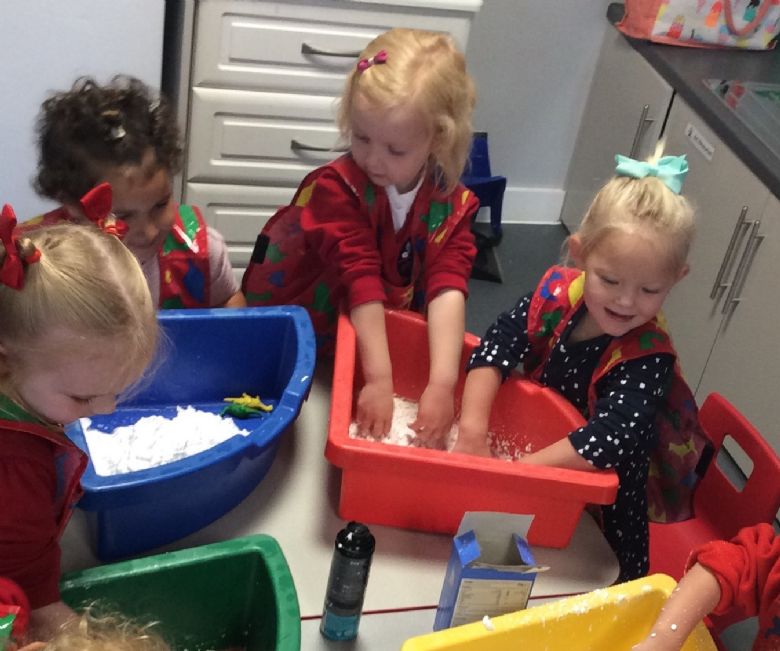 During this experience, we had a special focus on describing textures. Gooey, rough, bumpy, soft, hard... We really enjoyed the sensory activities, messy play and describing the textures with our eyes closed. 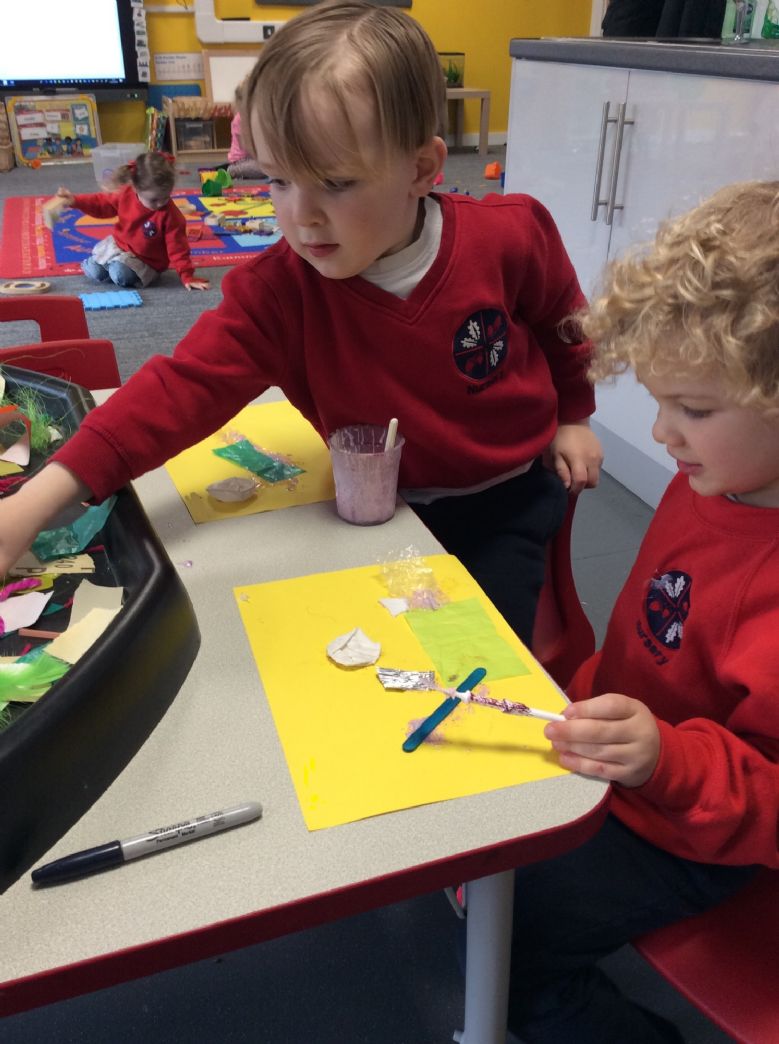 We explore the different textures that appeared on the story, and many more, with our sensory tray. Then, we used those textures to create our own dinosaurs. All of them were amazing! 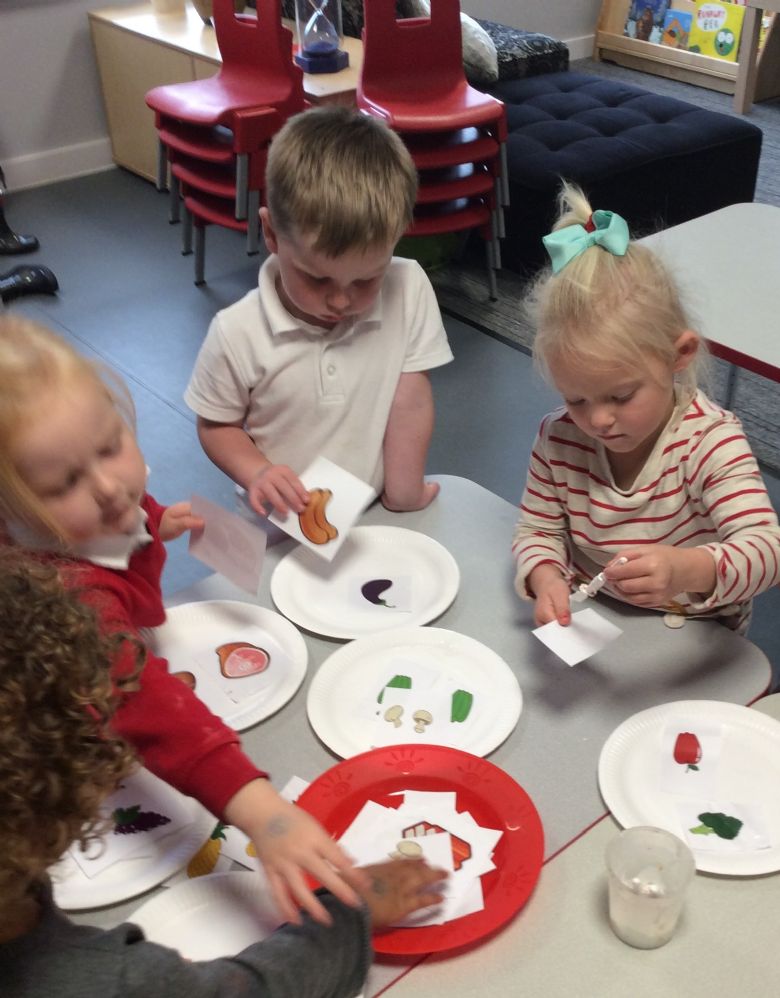 We were very curious about what dinosaurs ate. We learnt that some of them ate plants (fruits and veggies) and some others ate meat. We imagined we had a dinosaur pet that was starving and we had to design a menu for him. Some of us decided that our dinosaur would be a carnivore and others that it would be a herbivore. We also discovered that the dinosaurs that ate both, animals and plants, are called omnivores. 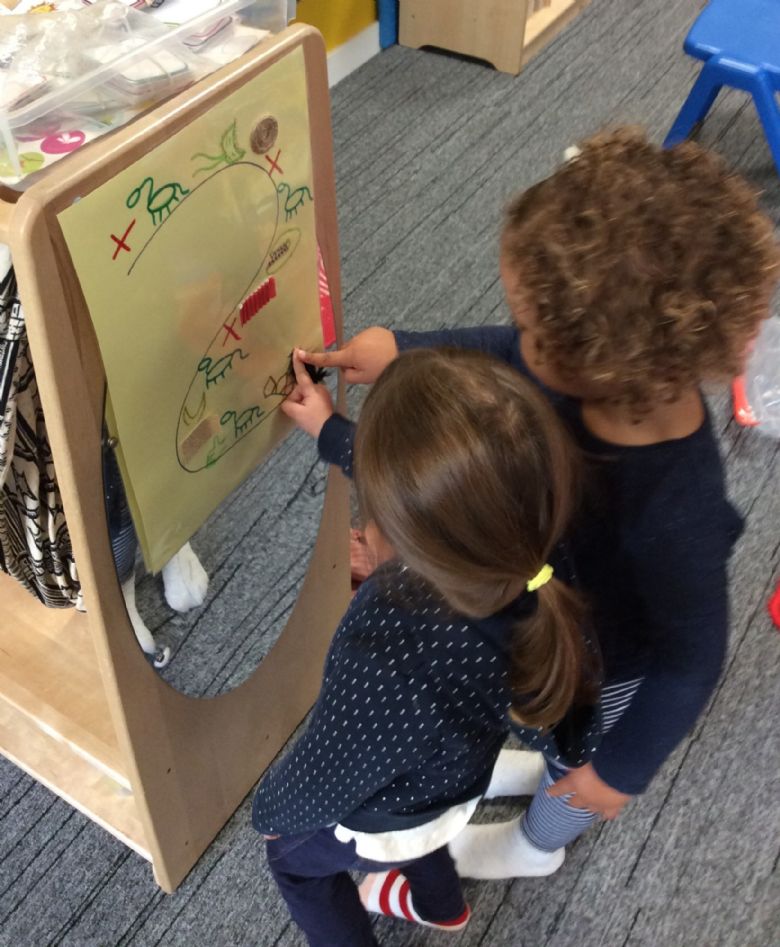 We really enjoyed listening to the story 'That's not my dinosaur' but we liked, even more, to tell the story using the story-map and Makaton signing! Creating our own story maps was a great experience.